YMSL Cardinal Chapter in the News!

About 45 teenage boys and their dads spent a recent afternoon building and repairing bikes to be donated to needy Collin County youths. The event was part of a Boys Building Bikes service project by the Cardinal Chapter of the Young Men’s Service League (YMSL) in Plano.

The Nov. 21 Father/Son event at John Paul II High School in Plano was the second time the chapter has refurbished bikes or accepted donations of new bikes for needy children. The chapter donated 11 new and 27 refurbished bikes, along with bike helmets, to the Boys and Girls Clubs of Collin County.

“After collecting gently used bicycles for the past few months, we enjoyed watching our boys work with their fathers on such a rewarding service project,” said Jennifer Varni, vice president of membership for the Cardinal Chapter.

“It was a thrill to watch more than a dozen cars and trucks caravan the bikes to the Boys and Girls Club.”

The boys also enjoyed the opportunity to help other kids, Varni said.

“The Boys Building Bikes program is great because we have fun doing service work and make a direct impact on the children in our community,” said Varni’s son, Brandt, who participated in the event.

YMSL is a non-profit organization that encourages young men and their mothers to pursue philanthropic involvement in their community and provides an opportunity to enhance mother/son relationships.

The Cardinal Chapter, which was chartered last year, sponsors the Boys Building Bikes service project as its annual Father/Son event. Varni said the event gives fathers the opportunity to participate in philanthropic activities with their sons.

“This is the second year that I’ve participated in the Boys Building Bikes event, but it was the first time that I've had a chance to see what happens to the bikes after the work is complete,” said David Swinney, who attended the event with his son, Jared. “That made it an even more rewarding thing to do.”

What an amazing success!! The Ultimate Gift Project was truly amazing and we want to thank all of our participating Chapters for their incredible service and support for this National Event!


Please click on the link below and read what the Dallas Morning News said about YMSL!
http://www.dallasnews.com/sharedcontent/dws/news/city/collin/plano/stories/102510dnmetyoungmen.246eb91.html
Posted by Carole Kelly-Higgins at 8:46 AM No comments:

Many of the Dallas area YMSL chapters participated in the YMSL Ultimate Gift Event this weekend and last - the weather was wonderful; and everyone was awesome! Please tune in to Channel 11 at 10 pm and/or Channel 5 at 10 to see some coverage of the event today. We will also be in tomorrow's Dallas Morning News Metro section. From Pam Rosener: "GREAT JOB AND THANKS TO ALL WHO HELPED!" More pictures and news of the event posted here soon!
Posted by Carole Kelly-Higgins at 5:31 PM No comments:

The YMSL North Dallas chapter senior boys were recently asked to write about their favorite -philanthropy experiences...please read and share what these young men experienced and learned through YMSL volunteer activities. (If you click on the image; it will open a new window that is enlarged and easy to read). 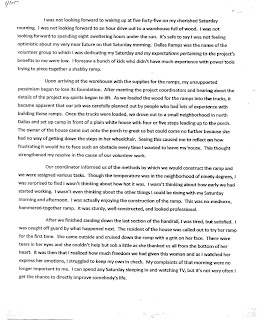 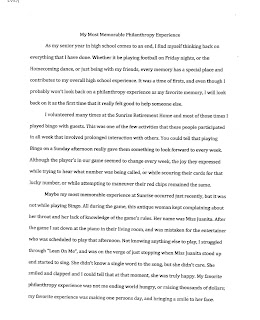 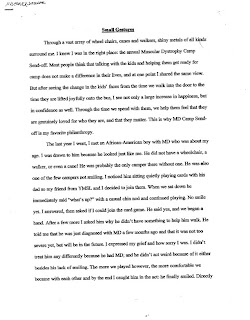 Posted by Carole Kelly-Higgins at 7:27 AM No comments:

Below is the link of the YMSL Northeast Atlanta Chapter on 11Alive Weekend Morning News. There are 2 interviews on this link. The first interview is the man who had to take his wife to the hospital on their honeymoon night and discovered a brain tumor. The YMSL group is after that...fast forward to around 2:40 to see the boys

YMSL Northeast Atlanta Chapter on the Atlanta news
Posted by Carole Kelly-Higgins at 7:17 AM No comments: